One of the greatest Filipino illustrators to have graced the pages of American comics was the brilliant Nestor Redondo.

Nestor Redondo's earlier works in Philippine comics had established a multitude of following among Filipino comics illustrators and fans. Although it would be in the Darna series where Redondo first gained prominence as an artist, yet I believe that the years 1952-57 were the peak years of his illustrative prowess. 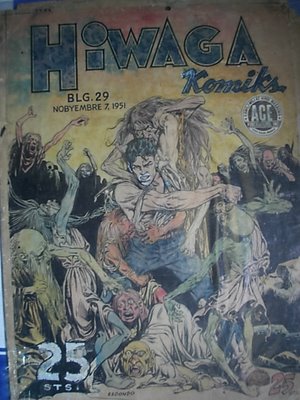 Original cover art of Hiwaga Komiks #29 by Nestor Redondo, for the graphic serial "Raul Roldan", written by Mars Ravelo. From the author's collection.

His works on Ang Signo, Raul Roldan, and Serafin Arkangel during these years are perhaps some of the best comic arts to have graced the pages of Philippine comics.

His further works in the United States established him as one of the world's finest illustrators.

NESTOR REDONDO IN THE UNITED STATES

Nestor Redondo's first major work in the United States was the Swamp Thing, where he took over illustrating the mysterious mossy giant when the equally talented Berni Wrightson left the series.

While regular Swampy readers are still divided over which artist is the better between the two, it is clear from the start that Redondo was the best Wightson replacement. Comic Guide reviews the stark difference between Wrigthson's evocative drawing style against Redondo's realistic renditions of human figures. "Redondo's style was in complete contrast with Wrightson's" says editor Frank Plowright, "yet Redondo's style was also very accomplished". 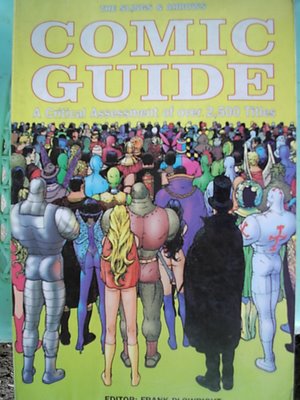 A couple of issues later, it was Len Wein who left the creative team (apparently out of difference with DC management) and David Michelinie took over as Swamp Thing writer. The new team of David Michelinie and Redondo had their classic moments in the continuing saga of the Swamp Thing, and Redondo would remain Swampy's illustrator for a total of 12 issues. 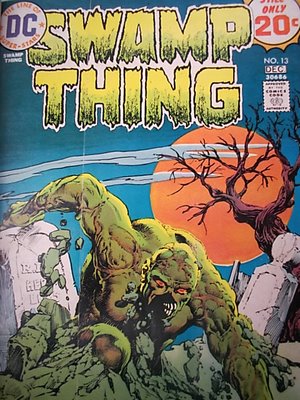 After Swamp Thing, Redondo illustrated the Rima the Jungle Girl, which according to Comic Guide is Nestor Redondo's finest work. "Redondo's version of the South American jungles is a terra incognita full of sinous big cats and snakes, his Rima a ghostly figure of who is both majestic and innocence"
To top it all, Rima's covers were graced by none other than Joe Kubert, who had since then become one of Redondo's great admirers. Says Plowright, "Rima is one of DC's great, yet overlooked masterpieces" 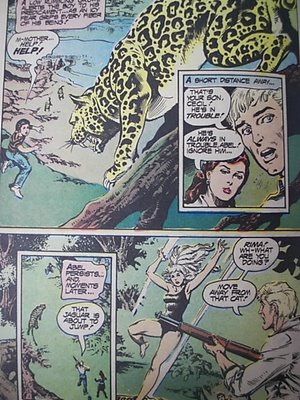 A panel page from Rima the Jungle Girl. The series lasted seven issues.


Perhaps privy to Joe Orlando and Joe Kubert( yet of course, unknown to American comics readers) was the fact that even more than twenty years before, Redondo had already created a similar character to Rima, in the character of Diwani, published in the Hiwaga Komiks in 1951. It was a popular serial in the Hiwaga Komiks, so popular it had been made into a movie starring Alicia Vergel, then one of the Philippine's most popular actresses. 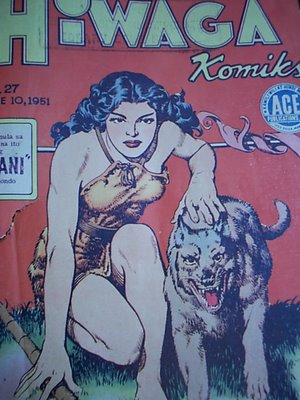 Diwani, the first jungle-girl created by Nestor and Virgilio Redondo in the Hiwaga Komiks. 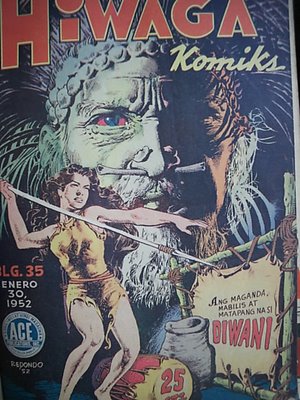 Another cover by Redondo in Hiwaga Komiks #35 for the popular Diwani serial.

Redondo's next project with DC was the comics adaptation of the Bible, as scripted by Sheldon Mayer and edited by Joe Kubert.

Working on the lay-outs of Kubert, Redondo presented the Bible into "a wholly engaging panoramic scale of spectacular proportions. Redondo excelled himself in providing page after page of detailed, almost baroquely intricate tableux, making full use of thje comic's large format...for fans of great art, this is a must".(source: Comic Guide, edited by Frank Plowright)

After the Bible, Redondo engaged in numerous drawing assignments for several U.S. comics companies including Marvel and Warren. One of his best works was a portfolio of Conan paintings that have been much admired internationally.

The great contributions of Nestor Redondo as illustrator par excellence was fully recognized by the Americans when he was honored with the Inkpot Award during the 1979 San Diego Comics Convention. He was, so far, one of the only four Filipinos to have been honored with this prestigious award. The other two, of course, were Alex Nino, Alfredo Alcala, and Ernie Chan.

Nestor Redondo is undoubtedly ranks among the world's finest illustrators, and although he had been honored several times in the Philippines and the United States, yet he always remained humble and meek as an artist and gentleman, a fact that doubly endeared him to so many of his friends and admirers.

Posted by Dennis Villegas at 6:00 PM

Thanks for featuring Nestor Redondo. He's my most favorite artist. Did he die in the U.S.? Thank you also for the komiks cover. I print every one of them. That's the extent of my collection.

Anon: Thanks for the additional info. I'm just wondering why Tony de Zuniga or Rudy Nebres were not awarded this prize.

The debate on who is the best or one's favorite comic illustrator/artist is arbitrary and is a matter of choice and taste. Different artists have diffrent styles.

The works and style of Nestor Redondo is detailed and realsitic though the genre deals more with futuristic fiction and fantasy. He is very good in drawing the human anamtomy without the aid of a model.

He was based in Los Angeles, California since 1987. Has been doing business trips dealing with DC and Marvel in the late seventies and early eighties. He died in December 1995 due to cardio-pulmonary complications in Granada Hills Medical Center in San Fernando Valley, California.His remains was flown in to the Philippines by his wife by January of the following year.

He ventured into animation.The last work he did was Art Director for Calico Company in Los Angeles and work on the TV animation show "Mr. Bogus". He also did oil paintings and made one for a cover of Conan The Barbarian Magazine.He id the layout for hte movie poster of the original "Transformers" movie.

Artistic talent runs in his family who are mostly based in Lso Angeles. One is an architect, another a graphic designer and one based in Manila who is into musci working as a DJ.

Neil Gaiman mentions Nestor Redondo as one of his favorites when he visited the Philippines. Johnny Wilson the actor, the famous artist Monique Wilson's father, is also a big fan and a good friend.His early contemporaries are Francisco V. Coching and Larry Alcala.

What makes Nestor Redondo popular among other artis is his selfless sharing of his talent and opportunities thru mentoring potential artist and even employing them.

I hope we don't have to debate who is best rather collectively support the filipino artists.

I was still a boy, I already admired the works of KaNestor and other artists like Nestor Malgapo, Nestor Leonides,... all of their names same as mine. But I can duplicate any of their works using my own drawing skill but not given the chance to develop or make it a means to survive. Yet still, i am obsessed of works which will be like the artworks of Michaelangelo, Da Vinci and toher masters ...forever! My hand salute to Ka Nestor Malgapo!